THE LOGO OF BRAVURA

THE LOGO OF BRAVURA
THE DESCRIPTION AND PHILOSOPHY
******** We must become the best 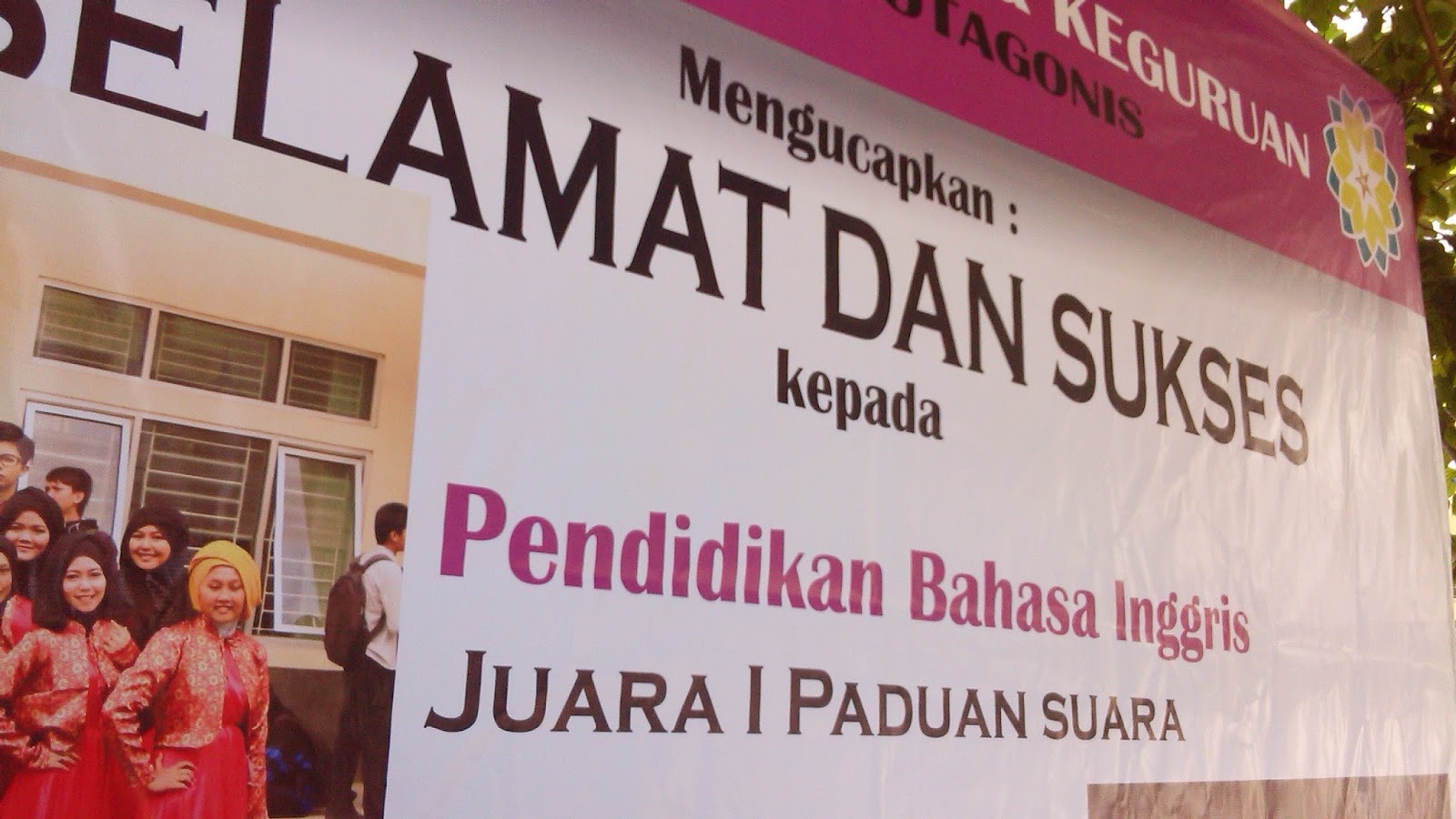 Our day, our pray, our life can’t fall a part
Keep going youth of English
Long life teaching English in His blessing

The bright future will come true


The glory will come along
Diposkan oleh SAEED di 09:10:00 No comments:

THE LOGO OF SAEED

THE LOGO OF SAEED
THE DESCRIPTION AND PHILOSOPHY
**** 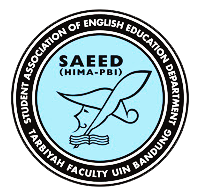 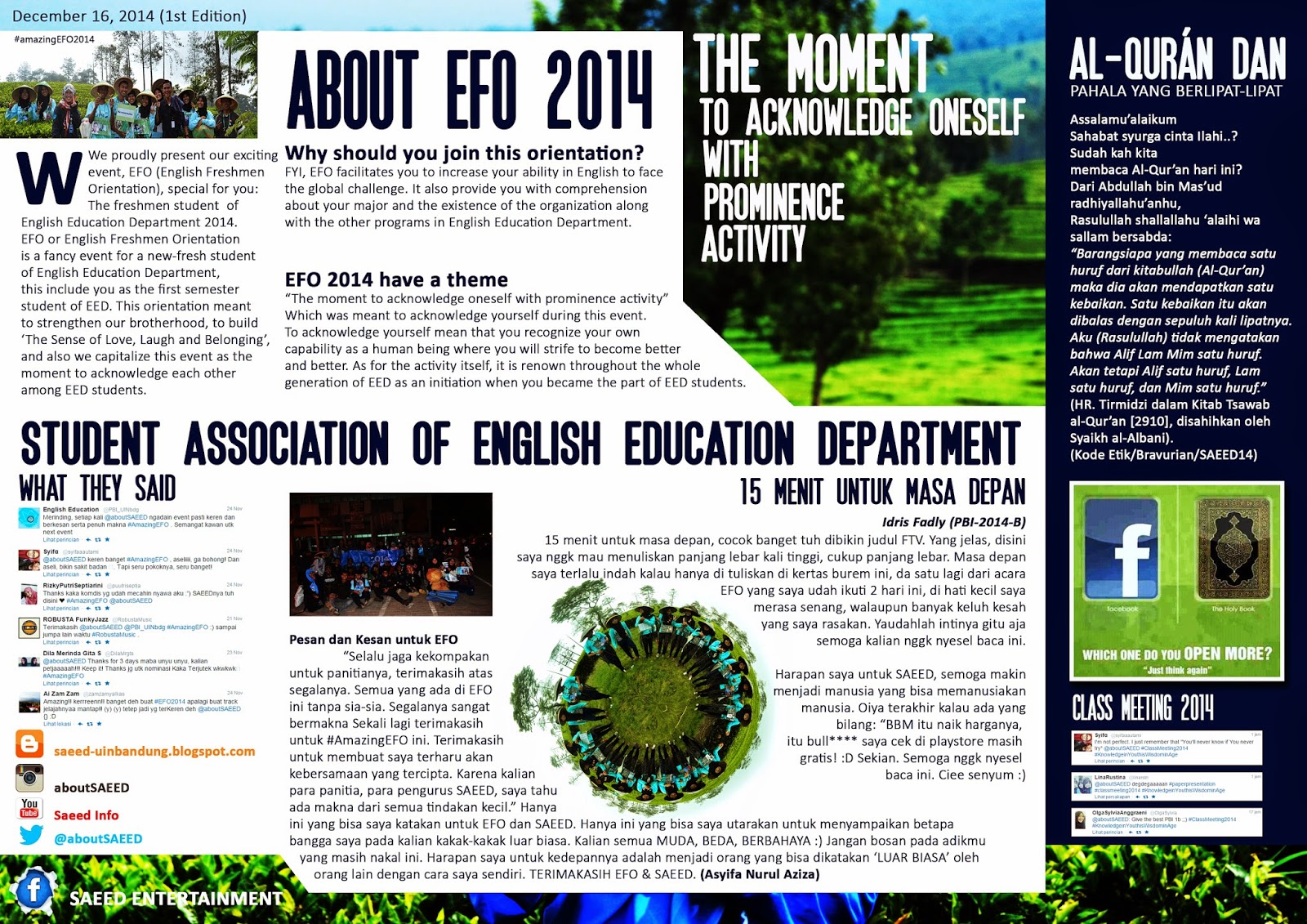 Face the World and Smile with Funwalk 2014 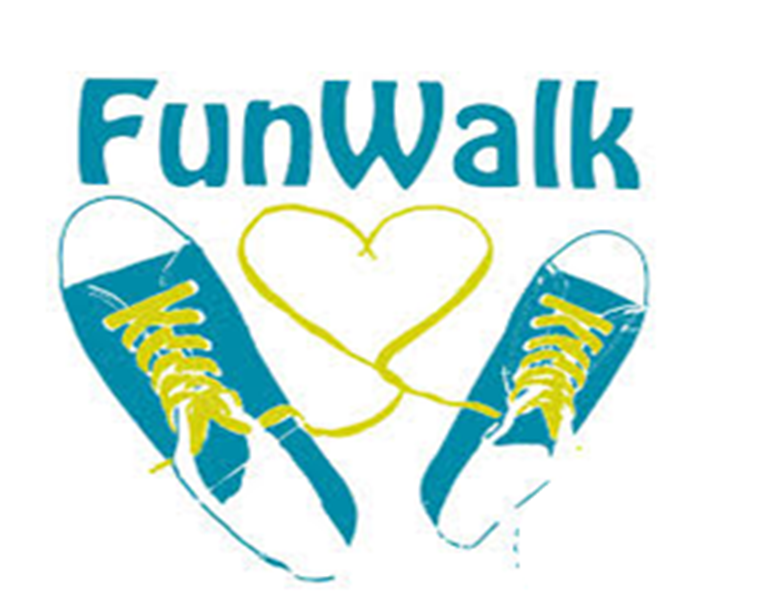 We proudly present our exciting event, EFO (English Freshmen Orientation), special for you: The freshmen student of English Education Department 2014

EFO or English Freshmen Orientation is a fancy event for a new-fresh student of English Education Department, in this term, YOU; the first semester student of PBI. Through this orientation we strengthen our brotherhood, build ‘The Sense of Love, Laugh and Belonging’, and also we capitalize this event as the moment to acknowledge each other among PBI students.
~ When?
Insyaallah this EFO will be held on November 21-22-23 2014

~ Why should you join this orientation?
FYI, EFO facilitates you to increase the student ability in English as provisions to face the global challenge, to comprehend about your major and the existence of the organization along with the other programs in English Education Department UIN Sunan Gunung Djati Bandung
You’ll find a new experience, new knowledge and more something fun. So, prepare yourself! Then join us on EFO
Diposkan oleh SAEED di 03:59:00 No comments:

Debate and General Election President of Saeed (Hima-PBI) 2014-2015Your future is in your hand!! 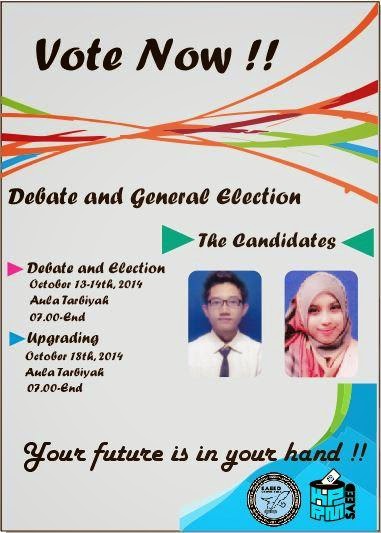 Inception is a newborn of SAEED nowadays generation. Inception is the new age of SAEED that sets out youth and creativity of its members. Its name was brought to forum and ‘Inception’ name has been approved by our Chief, Mr. Cecep. In its era, everything happened. Every smile, every tear, every spirit, everything had been disgorged to live this Inception. It was about 1 year ago.
After Reformation Cabinet, the chief of ‘unnamed-yet’ Cabinet of SAEED had many plans to make this student association be better and better and better. So, the chief and the ex officio had selected many names that will be the members of Inception. And after all of members were grouped, all of Inceptioners – the members of Inception Cabinet start thinking and working to make this cabinet run well. The concepts which carried by this Inceptioners are; fun, young, and creative (and also on time). Our first event was English Freshmen Orientation 2013. Overall, this event was running well. We welcomed the freshmen and initiated them to be our officially brothers and sisters. This event is intended to tighten the link in the SAEED brotherhood. After that, we have Fun Walk, Class Meeting, and PBI Camp which have same ideas and purposes with English Freshmen Orientation in other ways. So, the half period of Inception is amazing.
Here we go the next step of Inception period. We’ll face the annual events of SAEED which are titled as English Festival 2014. And, to strengthen the army we added some volunteer of freshmen. So, this is us with more ammunition to pull the trigger of mind and shot the bullet of ideas. We were organizing TOEFL that provides the TOEFL for every single man who wants have TOEFL or just want to check his knowledge or skills. And it was an event titled Mister and Miss PBI which held to select the ambassadors of SAEED. After that, we held Dacil 2014 to invite all of children in Indonesia for competing in Islamic Public Speaking Contest. It would develop the confidence and their knowledge would be increased. Then, we held English Acoustic Competition. This event is purposed to find the talents that have good skill in music and singing. It provides the participants to show their talents off in front of public. Here is, Annual SAEED National Competition 2014 that provided a competition in English field such as writing, speaking, and many more. This event is held annually and became the event that the people wait to sign up. And, we had crowd! There are so many competitors that all of them are the best contenders to the other competitors. Or I may say that this is the best event that I ever had held in my lifetime. Wait, it was not the end. We have International Seminar and Culture Exhibition. And it was best seminar I’ve seen. It showed many cultures from Indonesia and many cultures from other countries in the world. It was something special that we used the Main Hall in our campus and that’s for the first time. It sounds amazing to us. Yes, for the punchline we have Inauguration that as the students of EED we were achieved for something. Some of us became the best students, or the best generation, or the best….or the best. I just want to say that we are the best.
And, here we are now in the end of September. This is the end of Inception way. The new third year students will hold the throne now. So, I want to say thank you Inception. Thank you so much for all that we have done in a year before. We will make this brotherhood better and better so we will become the best. We love Inception, we do!

Still you remember what you have done in EFO 2013??


EFO 2013
( English Freshman Orientation )
English Freshmen Orientation, well known as EFO, is one of Student Association of English Education Department’s (SAEED) major agendas. It is the event of academic and majoring orientation which organized by SAEED and headed by PAO Division. EFO is annual year event that waited by the SAEED’s crew in every year and also by all of the freshmen who are the participants of EFO itself.
EFO is purposed to make clear the brotherhood among the freshmen and all of PBI students who have already studied in PBI UIN Bandung. SAEED’s crews organize this event by showing the feeling of togetherness, brotherhood, and happiness, where it could gives deepest-message to all of the freshmen after attending EFO. EFO annually held first of all the agendas after the Cabinet grouped, exactly after the first meeting for working project for a year.
In this 2013, EFO has theme: Improving Creativity to Build Intellect Students. All of SAEED’s crews of Inception Cabinet just give a little bit innovation and quiet significantly looked. That is showing of EFO’s official video which for the first time in history of SAEED made and from the theme which shows young, creative, and fun attitudes more. It shows that creativity is something vital in building intellect character of a student.
All of SAEED’s crews hope that EFO can be the event of SAEED UIN Bandung which becomes the model of all orientation’s event in every university in Indonesia, especially in UIN Bandung. It means that the orientation’s event is not about the seniority conquers the junior, but it should be the senior is leading the junior. Because when the freshmen attend an orientation’s event, they should be given something pointed to fun.  So that’s why, EFO held with expecting that it will be a well-intimacy or a good harmony among the all of PBI students.
Diposkan oleh SAEED di 19:55:00 No comments: 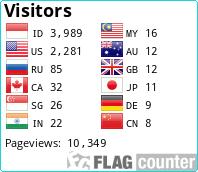